Skip to content
Home » Events » Uncategorized » Treasure Hunt – A delight for all children!

Who doesn’t like indulging in thrill and adventure? Who doesn’t want to go outdoors and find hidden treasures? This entices everyone regardless of age! So, you wouldn’t be a bit surprised at all to know just how amazed our children were when we announced that we planned Treasure Hunt for them!

Treasure Hunt is a superb activity that enthrals, engages, and entertains. It also helps with intellectual and physical development because children have to work together and think of strategies to recover the hidden treasure.

Our pre-schoolers were beyond thrilled about this. On 26th October, we planned the activity for all our PP2 children and were delighted to see them turn into detectives. They looked for a number of objects in the school play area. We had hidden soft toys, toys, rings, toothbrushes, etc. for them to find. 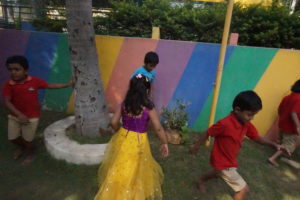 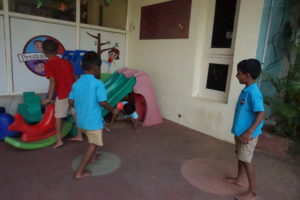 Squeals and giggles filled the air as they searched and then showcased their treasures. Aanika, Aarez, and Sashreek were among those who collected the most objects. How wonderful is it that we just plant an idea and our children go to great lengths with their imagination and enthusiasm to convert it into a success!

A simple play area turned into a faraway land full of secrets and children became detectives who unearthed these secrets one after the other. Watching them decode clues was a particularly heavenly sight.

Seeing how successful this event was, the faculty of The Presidency Kids is planning on conducting many more for all its students.